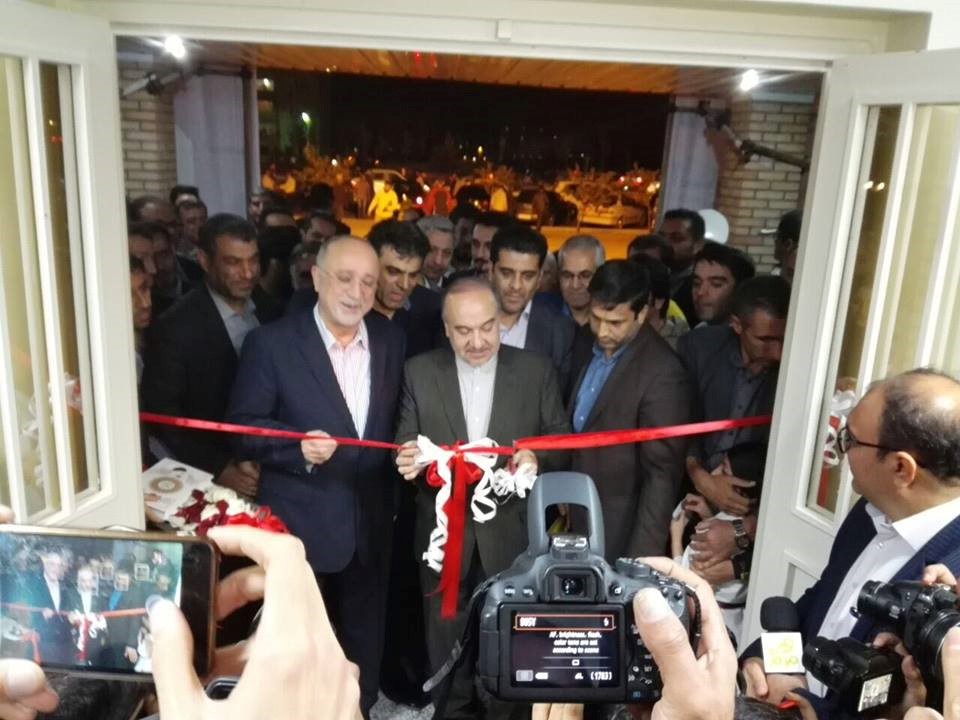 On October 24, 2017, the sports hall of the martyrs of the shrine of Fardis, the Dengizak sports hall, the Lotus pool, the artificial grasslands of the Revolutionary blind, the artificial grasslands of Fardis and the artificial turf landing from a set of projects under the supervision of the company in the Alborz province simultaneously by the Minister Minister of Sports and Youth, Governor of Alborz Province, Director General of Sports and Youth of Alborz Province and representatives of the province in the Islamic Consultative Assembly were opened and put into operation.